Fallen or ‘failed’?:Excluded from ‘Life’ 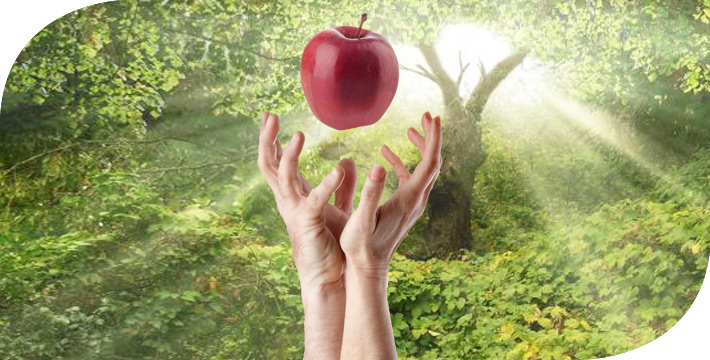 Fallen or ‘failed’?: Excluded from ‘Life’

A.N.S Lane notes the contrasts between the views of Augustine and Irenaeus, and offers the following questions as a means of segregating the differences:

Lane makes the observation that following Augustine, it became traditional to see Adam and Eve as inhabiting a perfect world and that there ‘was’ a tendency to think of them as immortal—‘sometimes seen as morally and intellectually all but perfect’—resulting in the belief that the Fall was akin to an angelic fall—falling from a perfect state of being. All this, Lane maintains, creates intolerable tensions with the modern scientific view. ‘The Garden of Eden becomes like the lost city of Atlantis, the scene of a primitive culture of great value.’ (Lane P.143). I hasten to add here that it is the interpretation of Scripture that is paramount here and not ideas of science, metaphysics or any other claims to absolutes that materialists might issue forth with. (please excuse the end preposition)

Lane asks whether or not Scripture teaches that Adam & Eve’s world was this ‘perfect state’—a place in which ‘nature red and tooth and claw’ could not possibly apply. Lane concludes ‘no’—a conclusion that, I believe, Scripture seems not to negate.

…before the Fall, Adam and Eve were not yet morally perfect and that they were on what he (Augustine) terms as ‘probation’. They had not yet sinned but neither had they learnt obedience. Their state was that of posse non peccare (they were able not to sin). They had not reached the state of non posse peccare (not being able to sin).  (Lane P.144)

Had they reached the state of non posse peccare ‘…the Fall would have been impossible.’ Lane concludes that it is incorrect to think of Adam and Eve as having fallen from ‘a great moral height.’ The couple’s first sin was that of declaration—they had declared moral independence from God. Lane describes it as ‘a wrong turning which took [us] forward in the wrong direction rather than a fall from a state of perfection already achieved [or, presumably, bestowed]’ (Lane P.145). At this point Lane suggests that Irenaeus seems more perceptive than Augustine.  Lane, I hasten to add, is not suggesting that Irenaeus denies the disaster of ‘primal sin’, with the resultant, devastating implications, but that Irenaeus does reject the notion that Adam and Eve had fallen from a ‘perfect state.

In addressing the question of human mortality/ immortality Lane asks whether or not the Bible states that mankind was immortal before the Fall, pointing out that Genesis 3 and Romans 5 both blame death[1] on the fall, and asking how these Scriptures could be reconciled with evolutionary accounts of the origins of life. Lane’s conclusion is that Adam and Eve were not immortal prior to their rebellion but that the picture is that of mortals being offered the possibility of immortality—the gift of eternal life. ‘The Fall caused the human race to lose the possibility of eternal life. Immortality is portrayed by Genesis as something that was held before [us], to which [we] never attained.’ (Lane P.146).In line with N.P.Williams (1927), Lane’s conclusion on the matter (P.148) is that the Genesis account supports the view of the first human sin as, a praevaricatio, a stepping-aside from the true line of upward progress’ rather than a lapsus or fall from a high level of moral and intellectual endowment. Whilst this supports a coalescing of the Genesis account with that of evolution it does not offer a defence for the existence of harms within the rest of the created order. Indeed, Lane (along with Irenaeus) renders the notion of the ‘Adamic Fall’ as a significant event but not an event that could be used as an argument for the beginnings of predation and death, and not an event that could be used as the initiating factor for God’s introduction of death or, indeed, predation into the created order.

[1] Genesis 3 does not, in my opinion, offer sufficient evidence (within the context of the passage) for the likelihood of there being  no death before the Adamic Fall—particularly because the text states that the original humans were cast out of the ‘garden’ and disallowed from partaking of the fruit of the tree of life. Ergo, the tree was, in some way, the source of life. There was the ‘offer’ of life (living forever) but not the actual state of affairs.

The point here is not whether there is such a thing as ‘fallen-humanity’ but rather that there was never a state of perfection from which mankind fell. Indeed it is the case,as Scripture makes clear, that Mankind is ‘on the run’, in rebellion against God, in denial of the facts and in isolation from God. Mankind is but a poor reflection of the creature referred to in Scripture as the ‘Imago Dei (made in God’s own image). The creation is, indeed, ‘in bondage to corruption’ and ‘groans in eager expectation–waiting for the  children of God to be revealed.’ The apostle Paul highlights the problem when he says that, ‘there are [absolutely] no righteous people, and that, ‘all have [sinned] and fallen short of the glory of God.’ (Romans 3:21,22,23;8:21.22). ‘For this we have Jesus.’

[1] Genesis 3 does not, in my opinion, offer sufficient evidence (within the context of the passage) for the likelihood of there being  no death before the Adamic Fall—particularly because the text states that the original humans were cast out of the ‘garden’ and disallowed from partaking of the fruit of the tree of life. Ergo, the tree was, in some way, the source of life. There was the ‘offer’ of life (living forever) but not the actual state of affairs.