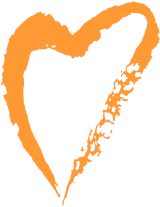 In Part1 I of this article it addresses the notion of LOVE as being a Universal aspect of the person and character of the God of the Judeo/Christian Scriptures alone—that other notions of God[s] or belief in the nonexistence of the GOD in question cannot offer anything other than utilitarian notions of the concept of ‘love’.Part2 deals with the challenges to the ‘professors of Christian faith’: to live out a lifestyle that exhibits the realization of ‘The Love of God, in Christ: The Ultimate Apologetic being ‘Love Actually. 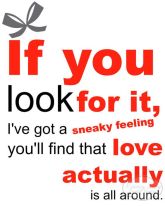 The above quote comes from the 2003 film ‘Love Actually’; and as the title suggests, the film is all about the manifestation of love in all of its forms—in a world of ‘every-which-way’ confusion as to what #loveisactually—whether or not it has any universal significance.

In his letter to the Corinthian Christians the apostle Paul uses a great deal of ink discussing the gifts of The Spirit. (‘GIFTS’ rather than behaviour that is ‘natural’).Paul states that out of all the [not natural] gifts (1 Corinthians 13:13) LOVE is the best and is the gift that will outlast (from here to the new heavens and new earth) all other [not natural] gifts. As with all the ‘grace gifts’, love is ‘A Gift of God’; its source is the person[s]of the Triune God.

Why, out of all the other [not natural] gifts is ‘LOVE’ the greatest?

It is because it is a gift that is beyond and above all the other gifts; it is the love that is at the very ‘heart’ of the GODHEAD—the love that says, “Father forgive them for they don’t know what they’re doing.” This is not the same as someone giving themselves in the place of another; though John (15:13) records Jesus as saying exactly that when he says that, ‘greater love has no man than to lay down his life for a friend’; this is an example of the kind of love that mankind, even in his natural state, may exhibit.  Giving of oneself is not an uncommon occurrence but this is not necessarily the kind of LOVE that Paul is referring to here. Paul is writing about the ‘Charis gifts’, and in 1 Corinthians chapter thirteen he is discussing the greatest of all [not natural] gifts. This is the gift that will outlast all others. This is the LOVE that describes the person and character of God. Of course, it is not God’s only attribute—as if e.g. justice and benevolence were not, but it is love that, essentially, describes the God of The Bible.  Jesus’ command to ‘love God with all our heart, soul, mind’ (Matthew 22:37) is due to the fact that the God of the Judeo/Christian Scriptures is goodness personified—God is indeed nothing other than love itself (1.John 4 ).

Karl Bridges (1997) states that God’s goodness is a bedrock truth of Scripture and that, “…although we might discuss God’s goodness in some abstract philosophical sense, in Scripture his goodness appears most clearly in his dealings with people. He is not only good in general, but he is good to us.” Goodness in its very essence is ‘God’. God is ‘Good’.

sine amore, nihil est vita
without love, life is of no value/pointless/nihilistic 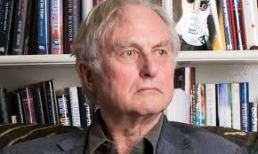 “The universe that we observe has precisely the properties we should expect if there is, at bottom, no design, no purpose, no evil, no good, nothing but pitiless indifference.” Richard Dawkins ‘River Out of Eden’

The direction of atheistic materialism is inward. It values autonomy because its values cannot be grounded in anything other than its rationale: that life is subject to ‘natural laws’ and these natural laws are driven by the unseen hand of ‘naturally selected’ potentiality. In ‘absolute terms’ it means that there can be no ‘objective moral values’ or ‘intrinsic human rights’; neither can there be any ultimate meaning or purpose to life—neither any ‘good or evil’—no ultimate Justice. Life is what you make it or what your ‘political masters’ decree—or how the social mores in your particular society manifest themselves.

In which all is considered illusory:

In other words there is no ‘substance’ to this notion of GOD/god. In the world of pantheism (mostly found in New Age, Hindu, Buddhist philosophy etc.) there can be no ‘room’ for personality as any notion of personality within monistic philosophy is not at all possible—or at least confused over the issue of there being ‘personality in the absolute’. In ‘Pantheism’ everything is ‘god’—not to be confused with Panentheism[1].

The Bible’s view of God is exactly the opposite—in that personality is the chief thing about God—and also the chief thing about mankind who are made in God’s image (Imago Dei). This means that the individual has complexity at the core of his or his being… The Judeo/Christian tradition begins with the opposite answer to the above. And it’s on this that the whole of Western culture has [had] been built: God [The Father] is in [personal] relationship with the Eternal Son and the Eternal [Holy] Spirit—three are, indeed, one. ERGO. God relates to His creation! Of course there is rather a lot more to say about this—but not here.[2]

sine caritate, nihil sum (without love, I am nothing)

[1] ‘Panentheism’: everything is in #God/god. Panentheism is the preference of many philosophers, scientists and classical theologians