In this section I, briefly, address, what may be considered the ‘straw men’ (demeaning caricatures) of modern and post-modern attempts at lessening the culpability of God—especially in the light of evolutionary theory—and in the light of contemporary religious and philosophical notions of the reality of ‘god’. The view offered here is incontrovertibly necessary to the defense of the God of the Bible against other notions and ideas — that may be seen as a better fit in the post Darwinian world— or deemed to fit better with other notions of the ‘deity’ alleged to ‘show GOD in a better light’ but that only serve to remove the problem by the substitution of the God of Scripture with a lesser ‘deity’.The God portrayed and ‘defended’ in this book is the God of the Judeo/Christian Scriptures. A God whose eternity, Peter Sanlon describes as a qualitatively different kind of existence to one of his  creatures:

Being outside of time does not mean that God cannot know what happens inside of time, nor that he cannot interact with a temporal order. Quite the opposite! It does, of course, shape the way he does these things….It would perhaps be odd for him to create something with which he could not interact. Similarly, God created time. It is part of the created order. And though God is not himself temporal, he can interact with and know all that occurs in, the times he has made. Indeed, precisely because God is not temporal, he has perfect knowledge of all events in time.

This God is not to be confused with any other ideas/notions/ theologies  or philosophies of God —either pre-modern, modern or post-modern—as shall be made clear throughout the development of the argument in this book.

In developing his argument regarding ‘The Mind of God’, David Bentley Hart (2013) refers to“…provocatively counterintuitive ways of expressing the difference between God and every contingent reality—that God, as the source of all being, is, properly speaking, not himself a being—or, if one prefer, not a being among other beings…that God is no particular thing, or even ‘no thing’…or even, as ‘ein lauter Nichts’—a ‘pure nothingness.” The above, as Hart points out, though ‘appearing blasphemous or paradoxical’, is meant to give us pause for thought and reflection on the ‘nature’ and person of GOD—“…in order to remind us as forcibly as possible that God is not to be found within the realm of things, for he is the being of all realms.” (Bentley Hart, 2013)

Should God be limited in his ability to produce or concoct the best possible plans for fulfilling his creative objectives, God would not be omnipotent. Christopher Southgate (2008) argues that the sort of universe we have, in which complexity emerges in a process governed by thermodynamic necessity and Darwinian natural selection is the only sort of universe that could give rise to all that the earth has produced. To affirm an evolutionary process as being ‘the only way’ through which God could achieve his objectives one has to assume that God was unable (lacked the ability) to bring about his creative objectives, i.e. without this astronomical/ biological framework ,or that God’s use of such a process was the best possible means through which God could bring about the best of possible outcomes. The aforementioned is, a similar point to the one noted in Alexander, (2008) that sees biology as a ‘package deal’: If biology should be a ‘stand-alone-package-deal,’ i.e. a package deal that has no significance other than it being the product of creative genius; then it is reasonable to suppose that the creator’s benevolent characteristics could be called into question—unless there is more to the story other than God’s desire to create. I am, of course, assuming that there has been an intentional pathway within the evolutionary process otherwise there would be no reason to suppose that any such future outcomes could be considered anything other than random occurances within the naturally selective process of evolution.

Jeff Astley (2009) asks whether or not God could have ordered nature differently and then answers his question by saying, ‘perhaps not’. Astley goes on to say however that materiality inevitably involves imperfection—a tendency to disorder, decay, fragility, and mortality. Astley’s point is significant as it is the case that the accusation against the ‘designer God’ is often that of incompetence—the design is simply under par or faulty. Ergo, God is either impotent or fails to meet the necessary criteria or the presuppositions of the complainant. This assertion is false as shall be argued in another part of this book. Keith Ward’s (1990) comments are insightfully apposite when he refers to ‘natural’ evil as ‘an inevitable consequence of this kind of world’. I  hasten to add here though—that it is not that this world is governed solely by ‘natural forces’ but that this world is probably the only possible world in which carbon-based-life could obtain and the telos (goal) of the Triune God be established. Moreover, there are other [unseen] forces that bring about deleterious effects on the biosphere (even the physical laws) through means that are, presently, beyond the comprehension of any material analysis. 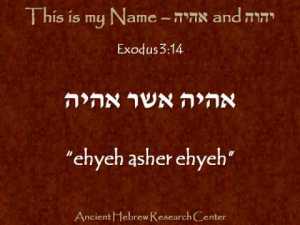